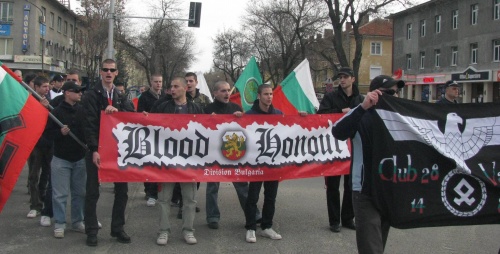 Members of the European Network Against Racism (ENAR) announced that the organization had sent letters to the highest official Bulgarian authorities, calling upon them to take urgent measures in the fight against racism and hate crimes in Bulgaria.

The occasion for the letter is the June 6 incident in which four persons headed for a protest in defense of refugee detainees in Bulgaria were assaulted and severely beaten by armed and masked neo-Nazis.

In Bulgaria there was serious controversy about the incident, with Minister of Interior Tsvetan Tsvetanov characterizing it as “a clash between rival extremist organizations,” which provoked outrage of society and media.

Concern was voiced that Bulgaria does not fully possess the legal framework and the cultural capacity to recognize and punish hate crimes.

The message calls authorities to take all measures to punish the offenders and to qualify their deed as a hate crime and not as hooligan mayhem.

“If Bulgarian authorities do not take up specific action, the assault on the group of young people will send a clear signal to society that the disregard for the rights of some of the most vulnerable groups – people looking for asylum – is justified by the highest state organs,” declare ENAR.

In addition to fair and just punishment of the offenders, the ENAR call for systematic fight against racism, including training of civil servants and information campaigns among the population.

ENAR is the umbrella network of more than 600 human rights NGOs from across the European Union devoted to the fight against racism and racial discrimination.