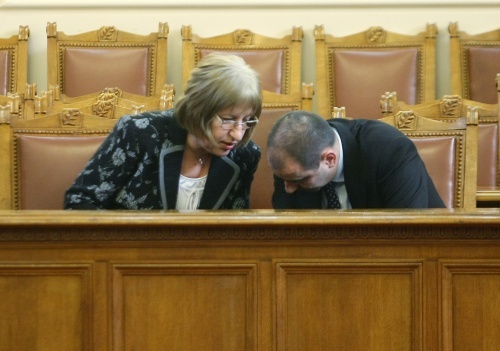 Rompetrol Bulgaria issued a statement Saturday evening confirming that its CEO Sorin-Octavian Nichita has been arrested near Veliko Tarnovo over charges of mayhem and interference with police officers, and denouncing the actions of Bulgarian police.

Nichita, along with a fellow Romanian citizen, were arrested in Arbanassi near Veliko Tarnovo after midnight Friday, when the two entered in a brawl with the security guards of Speaker of Bulgarian Parliament Tsetska Tsacheva.

According to the version available to Bulgarian media from the local police, after being denied access, the two individuals started insulting and assaulting police officers.

According to Rompetrol Bulgaria's statement CEO Nichita and two friends of his peacefully demanded access to the Winepalace restaurants, only to be denied access “quite rudely” by police officers and security guards.

The Romanians failed to understand the security officers due to the language barrier, which provoked the latter to “react quite harshly and even in a threatening manner.”

Rompetrol quote Nichita's lawyer Ivan Nyagolov, who states that his clients committed no aggressive acts against police and security officers, and that their presence at the spot had nothing to do with Tsetska Tsacheva's visit.

The press release further adds that the information given by the police was given “a couple of hours before the filing of formal charges against the detainees,” claiming that “Information given to media was based solely on the evidence given by police officers, in order to justify the actions of the law enforcement agency.”

Rompetrol Bulgaria states that it does not consider the “aggressive” actions of the law enforcement organs to be “normal” and vows to notify the Romanian ambassador to Bulgaria of the case.

It expresses hopes for a swift and objective resolution on the part of the Prosecution.

This turn of events comes only hours after Tsacheva herself stated that Bulgaria is not a country that tolerates police violence.