Bulgaria, EVN Yet to Share Out Stakes in Hydro Project - Min 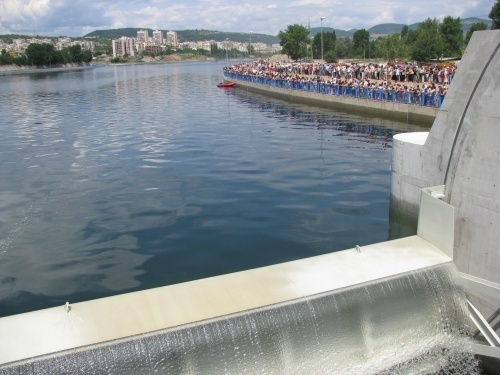 Bulgaria’s economy minister has tried to assuage opposition fears over a deal that granted Austrian utility EVN a majority stake in a hydro project on the Arda river, known as Gorna Arda.

“The stake of state power utility NEK, the other partner in the joint venture, is yet to be decided,” Minister Traicho Traikov said at a press conference on Friday.

The statement came in response to accusations by Bulgaria's former prime minister and Socialist leader Sergey Stanishev, who earlier in the day slammed the agreement, saying it was not clear why the energy company EVN was selected without a competition for an investor and constructor of Gorna Arda project.

Earlier this month Austrian utility EVN signed a deal with Bulgaria's state power utility NEK to take a majority stake in the Bulgarian hydropower project. Under the agreement Austrian utility EVN will own a 70% stake, while NEK will hold the remaining 30% in the joint venture.

The Austrian utility will get the stake after a capital increase of the joint venture company of up to EUR 2 M.

“The capital of the company will most probably be increased to BGN 1 B and it will be after this step that a decision on the share-out of stakes between EVN and NEK will be taken,” the minister explained.

He added that the Austrian company was selected without a contest because there was no need for such.

“The shares were transferred from the previous partner, Turkey’s Ceylan, to EVN,” Traikov said.

The agreement for the construction of Gorna Arda hydropower project in southern Bulgaria, between Austria’s energy firm EVN and Bulgaria’s dominant state power utility NEK was signed during the visit of Prime Minister Boyko Borisov in Vienna in the middle of July.

At the beginning of September 2009, Bulgaria’s new government sealed a letter of approval for the construction of the hydro power project on the Arda river.