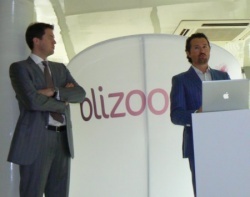 Bulgaria's top cable providers Eurocom and CableTel, which merged earlier in the year after the acquisition by Swedish investment fund EQT V, have been rebranded as Blizoo. Photo news.idg.bg

Bulgaria's top cable providers Eurocom and CableTel, which merged earlier this year under the brand Blizoo, have acquired 100% in Link BG, the biggest Internet provider in the northeastern town of Dobrich.

The price of the deal was not disclosed.

The acquisition of the Internet provider is part of Blizoo strategy to consolidate the market of Internet suppliers and cable operators and comes a month after the company purchased Mont 7, an operator in the northwestern town of Montana.

Asked by Dnevnik daily whether Blizoo will continue to acquire local suppliers, Istvan Polony, chief executive of Blizoo, said the company has always been looking for the best operators for television, Internet and telephone services.

Sweden-based private equity firm EQT acquired two of Bulgaria's major cable TV and Internet operators in a EUR 210 M deal at the end of October last year and merged them in mid-May to form the country's biggest cable operator.

Under the deals EQT through its EQT V fund acquired 100% of Eurocom from US private equity firm Warburg Pincus and 70% of privately-owned CableTel.

CableTel's other shareholder Ron Finley remained minority shareholder by rolling over his 30% shareholding in CableTel into the merged company and investing further equity.