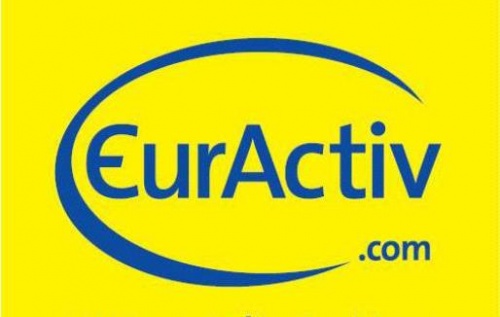 Fraud and conflict of interest regarding public procurement are the 'big novelties' in the latest European Commission reports monitoring the progress of Romania and Bulgaria three-and-a-half years after their EU accession. The seventh such reports were published 20 July.

Shortcomings in the implementation of public procurement procedures are widespread in Bulgaria. As for Romania, substantial improvements are required to protect against conflict of interest and corruption in public procurement, the reports say.

In particular, legislation should address conflict of interest cases related to the business interests of local politicians and their families, the report on Bulgaria says.

In Bulgaria, large-scale schemes for siphoning public funds for the personal benefit of close relatives of politicians and civil servants were recently unveiled.

For example, the head of the national roads agency, Vesselin Georgiev, has been charged for giving lucrative contracts to his brothers, Emil and Boyko. The court case is still pending, writes Dnevnik, EurActiv's partner publication in Bulgaria, as the finance ministry did not send the required documentation to the courts on time.

In another case, Emilia Maslarova, minister for social affairs under the previous Socialist-led government, was prosecuted for awarding a hefty contract to renovate an old people's home - worth 5.5 million euros - to a firm linked to her husband..

Such conflicts of interest are not just the legacy of the former government. The health minister of the current government, led by Prime Minister Boyko Borissov, was charged over vaccine contracts. In addition, press reports abound of lobbying scandals in parliament, and the protagonists are as a rule MPs from Borrissov's GERB party.

For Bulgaria, the Commission's so-called 'irregularity rate' is almost 100% for large public infrastructure projects, where the authorities are obliged to exert ex-ante control, the report says. It further claims that the administrative and judicial authorities are "not in a position to protect public procurement against conflict of interest in an effective way".

Another problem in Bulgaria is the fact that even in the case of convictions for serious crimes, the perpetrators are often still at large as they appeal their sentence and the judges generously decide that this would not hamper the appeal process.

Asked by EurActiv to comment on this peculiarity of Bulgarian legal practice, Commission spokesperson Mark Gray said it was indeed a matter of concern to Brussels. It is not a question of introducing a new law, rather one of using legislation that already exists more effectively, he said.

"If you look at the practice in other countries, the people convicted of serious crimes remain in detention," he said.

This year's report is more critical of Romania than previous editions. It reprimands the country for having breached its EU accession commitments, after its constitutional court declared significant parts of legislation on the National Integrity Agency (ANI) unconstitutional.

The new law, which was adopted after the constitutional court's decision, undermines the process of verification, sanctioning and forfeiture of unjustified assets, restricts the transparency of dealings by public officials and hampers measures to fight corruption.

The majority of conflict of interest cases transmitted by the National Integrity Agency to the judicial authorities for decisions relate to public procurement, the report reveals, further lamenting that the Commission's recommendations have not been followed.

In Romania, prominent public procurement cases concern an MP and a high court judge in a case of influence peddling related to public procurement, two former ministers, other current or former MPs and a number of former directors of state companies and locally-elected officials, the report says.

The report stops short of naming those indicted, but according to the Romanian press, the MP is Catalin Voicu (Social Democrat; Chamber of Deputies) and the Supreme Court judge is Florin Costiniu.

Ministers who have been or are currently being subjected to criminal investigations include Monica Iacob Ridzi and Nicolae Nemirschi (Ridzi is responsible for youth policy, Nemirschi for the environment, and both hail from the first government led by Emil Boc in 2008-2009). Like Boc, Ridzi is from the centre-right PDL. Nemirschi is a Social Democrat.

Asked by EurActiv to explain what sanctions Romania should expect to face should it fail to make the National Integrity Agency an effective tool for combating corruption, Mark Gray said that now was "not the time to talk about sanctions".

"The Romanian authorities are fully aware of the importance we attach to this issue," he added.