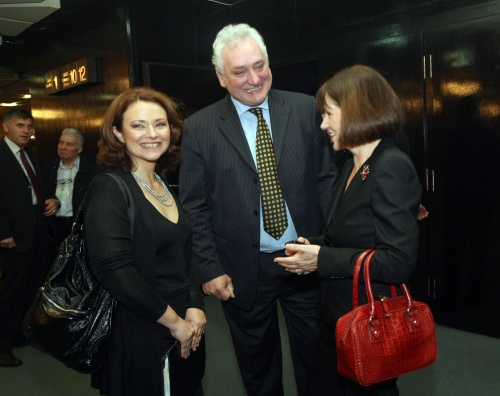 Vyara Ankova (left) with her husband Tomas Lafchis, and the outgoing Director of the BNT Ulyana Pramova. Photo by BGNES

The Council of Electronic Media (CEM) has appointed long-time journalist and news anchor Vyara Ankova the Director of the Bulgarian National Television.

A total of seven bidders originally applied for the position. One of them was not allowed to participate because of incomplete documentation, and another one – because he was found to have been a collaborator of the State Security service of the former communist regime.

Vyara Ankova was born in 1966. She has a degree in English from the Sofia University. She took up a job as a reporter at the Bulgarian National TV in 1991, and has subsequently been a news anchor. She has specialized with CNN and the BBC in the early 1990s.

In the late 1990s she married Tomas Lafchis, a former president of the Levski Sofia football club, and became the BNT correspondent for Greece after her family moved to Athens.

Since 2004, she has served as the head of the “Information Directorate” at the Bulgarian National Television.