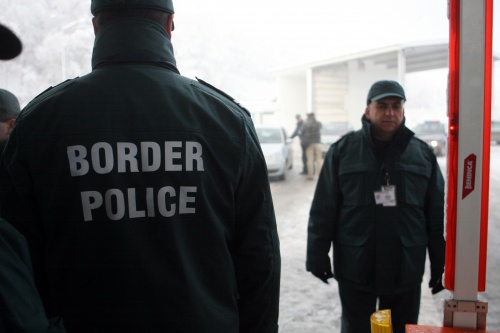 The agency will also perform checks on the owners of the cars and properties that have been given to the customs officers for free of charge using.

NAP has stated that Sergey Brankov has not been inspected until now and it is not established whether his properties correspond to his income.

Brankov has been circulating in the society due to the recent scandal between Nova TV and the deputy speaker of the Parliament, Lachezar Ivanov.

The journalist from Nova TV, Diliyana Gaytandzhieva, has filmed Brankov in a reportage, showing the good life of three Bulgarian customs officers. Shortly after that, she received a call from Ivanov, who tried to prevent the reportage from airing, saying that one of them, Brankov, has already been checked by NAP.

Ivanov later explained his behavior with the fact that Brankov's wife was an official in the Parliament and he was trying to protect the Bulgarian authorities.

The checks by the National Revenue Agency will inspect whether the properties of the customs officer and his family could have been acquired with their declared income.

The families of the other two customs officers, Plamen Ivanov and Boyko Chakarov, will also undergone similar checks.

If the agency establishes inconsistencies in the properties and the declared income of the officers and their families, it will order full tax audits in order to establish the exact amount of unpaid taxes.

As a result of the scandal, Lachezar Ivanov resigned Wednesday from his positions as Deputy Speaker of the Parliament and Chief of the Sofia headquarters of the ruling party GERB. On Friday, he also resigned as head of the Health Committee. It was announced, however, that he will remain a MP from the ruling party GERB.