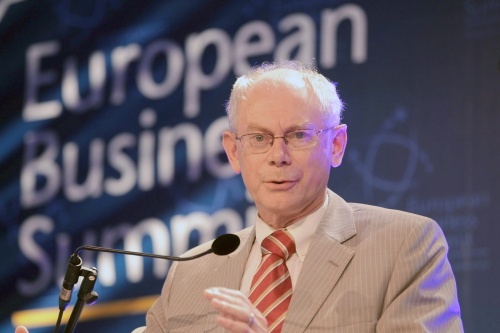 The President of the EU Council Herman Van Rompuy visited Slovenia Monday before going on to Belgrade, Zagreb and Prishina. Photo by EPA/BGNES

The integration of the Western Balkans in the EU is vital for regional stability, said President of the EU Council Herman Van Rompuy in an interview for Croatian newspaper Jutarnji List Monday.

In the Jutarnji List interview, Van Rompuy reiterated the strong commitment on the part of the EU for integrating the rest of the West Balkan states, saying that “the European future of the region is the key to its stability and our intention is that the process of EU-integration continue as effectively as possible.”

According to the European Council President, the Western Balkans are “a key priority for the EU.”

Monday Van Rompuy will visit Belgrade to meet Serbian Presiden Boris Tadi?, after which he will visit EU-candidate Croatia and will meet in Zagreb PM Jadranka Kosor and President Ivo Josipovi? Tuesday.