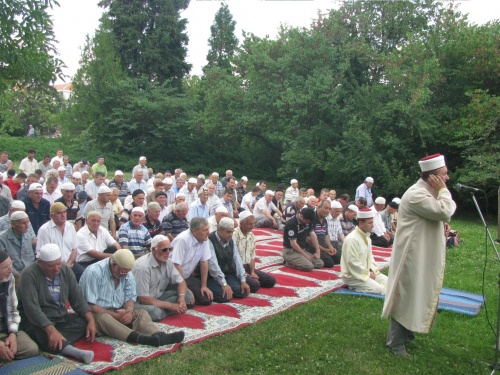 Mufti Bejhan Ahmad also rejected the demand of theMuslim women to veil themselves when taking pictures for their new Bulgarian passports. Photo by BGNES

The regional Mufti from the Bulgarian city of Kardzhali has announced he does not support the demand of Muslim women to be covered with headscarves when taking their new passport pictures.

“The headscarf in Islam is not fashion. It is Allah's command. But there is the Constitution of Bulgaria, which is in the EU, and all Bulgarian citizens should comply with it. So Muslim women who cover yourselves, please be so kind and do not put yourself above the law, ” Mufti Bejhan Ahmad said.

Last week, the Mufti Office from the Bulgarian city of Smolyan demanded that the regional police department allow Muslim women to take the new passport pictures with headscarves on.

The Bulgarian party “Movement for Rights and Freedoms” (DPS) has announced it does not support the demand of the Muslim women.