US Marines to Train with Bulgarian Soldiers at Novo Selo 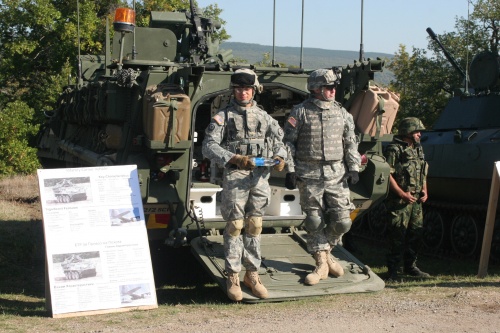 Bulgarian and US soldiers will have new military drills at Novo Selo. Photo by BGNES

US marines and soldiers from the Bulgarian Army will engage in shooting training at the Novo Selo Training Ground near Sliven.

The military drills will take place on July 2, announced the Bulgarian Defense Ministry.

The joint Bulgarian-US training is entitled “Black Sea Rotating Forces – 10”. The platoons of the US marines and the Bulgarian military base 24 150 at Stara Zagora will focus on improving their shooting abilities.

The Novo Selo Training Ground is one of the four Bulgarian military facilities used by the United States under an intergovernmental agreement, which also provides for the stationing of 2 500 US soldiers in Bulgaria, and up to 5 000 for up to a month during their rotation.