Bulgaria's Socialists: We Are Not to Blame for Gas Prices 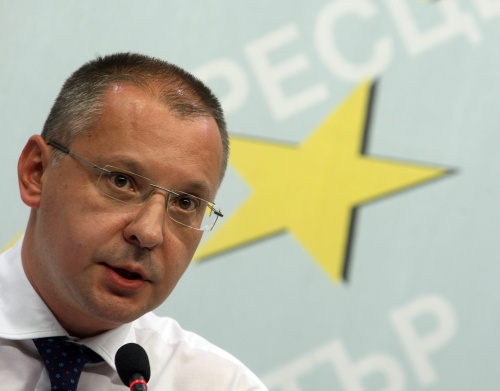 Former Bulgarian PM Sergey Stanishev do not think his government should be blamed for the increase of the gas prices.Photo by BGNES

Bulgaria's former PM Sergey Stanishev expressed his belief that the previous cabinet has succeeded in defending the country's interests with respect to the Russian natural gas supplies.

Stanishev said that his Socialists party has done well when signing the contracts with Russia for gas delivery that guarantee transit by 2030 and noted that it took them more than a year to negotiate the smooth increase of the gas prices, in order to reach the market prices in 2012.

The State Commission on Water and Energy Regulation (DKEVR) officially announced Monday that the price of natural gas sold in Bulgaria will go up by 24.63% from July 1.

The former Bulgarian PM expressed his fears that if the current government worsens the country's relations with Russia, negotiations might not be possible.

The former Energy Minister, Rumen Ovcharov, who was part of the Stanishev cabinet in 2005-2007, has sarcastically suggested the current PM Boyko Borisov to start another special police operation, code named “The Babblers” with Episode 2 “Muting”.

“Some people need to be muted, so that people in the Bulgarian public media, and especially the Prime Minister, do not listen to them. If he continues to listen to these people, in the near future we will realize such a huge slam, in terms of evicting foreign investors and shutting Bulgaria, that we will probably need to break it for years,” Ovcharov said.

“What bothers me from now on is the condition of the negotiations of gas delivery from Russia from January 2011. Russia has guaranteed them, but negotiations for precise prices are ahead. So far we do not have any information about Bulgaria's position and expectations,” Stanishev said.