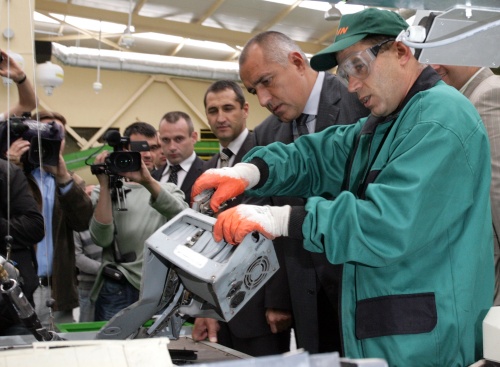 The first Bulgarian factory for the recycling of old electric appliances and equipment, the largest and most modern of its kind in Eastern Europe, was opened Monday in the town of Novi Iskar near Sofia.

The Bulgarian company Nadin Jsc is the owner and operator of the new plant, and has invested BGN 40 M in its construction. It has created 150 news jobs.

The factory is the largest of its type in Eastern Europe and uses German technology allowing the complete recycling of used electric appliances in one building.

The plant has two conveyor lines – for refrigerators and for TV sets and monitors. It can also recycle kitchen appliances, computers, printers, medical equipment, electric tools and toys.

The factory was opened by Bulgarian Prime Minister Boyko Borisov and Sofia Mayor Yordanka Fandakova, who announced that the Sofia Municipality had a contract with Nadin Jsc for the processing of the respective appliances of the city residents.

Borisov pointed out that a Bulgarian factory for the recycling of batteries is under construction in the city of Plovdiv.