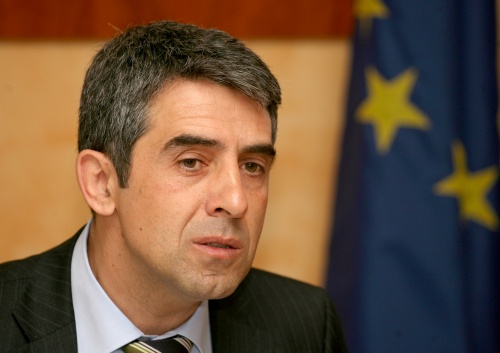 Bulgarian Regional Development Minister Rosen Plevneliev has promised the completion of the Lyulin Highway within one year. Photo by BGNES

The Lyulin Highway will be ready by May 15, 2011, making it Bulgaria’s first completed highway, promised Regional Development Minister Rosen Plevneliev.

Plevneliev announced Monday that the government had reached an agreement with the Turkish company Mapa Cengiz, which is building the Lyulin Highway, and that if the firm fails to meet the deadline, it will face a huge penalty.

The 19-km Lyulin Highway is supposed to connect the Bulgarian capital Sofia with the Daskalovo road intersection near Pernik to the west, which will be starting point of the future Struma Highway connecting Sofia with Kulata on the Greek border.

The minister said the government was in contact with Serbia over the construction of a highway connecting Sofia and Nis. In his words, the project is tough to realize because of the rough terrain.

“We are a country in isolation. You know what our roads to the Serbian border are like. The completion of the section between Sofia and Kalotina on the Serbian border will allow Bulgarians to drive to Vienna in 6 hours. We will try to prepare our project by the end of 2011, and to start building in 2012. We are in contact with the Serbian authorities and are doing everything possible in order to build the highway between Nis and Sofia,” explained Plevneliev.

The regional development minister further said that the construction of the final section of the Trakiya Highway connecting Sofia and Burgas will start by end of the current week as the legal claim by one of the bidders in the tender has been withdrawn, which has unblocked the project.

Plevneliev promised 24/7 supervision of the construction of the remaining section of the Trakiya Highway contrasting it to the situation with the Lyulin Highway, which should have been completed by now after its construction was started in 2007, but the poor supervision allowed the Mapa Cengiz company to delay the work.