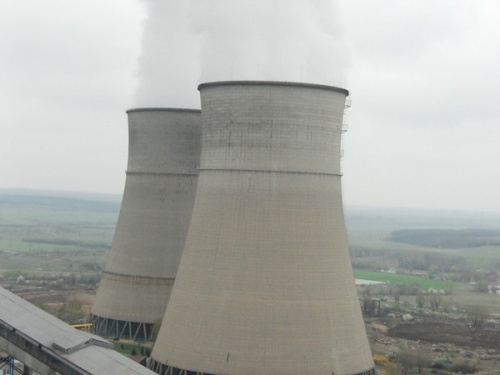 Talks about the sale of Maritsa East 3, a Bulgarian coal-fired plant with a capacity of 908 megawatts, emerged for the first time at the beginning of March. Photo by klassa.bg

AES Corp., the US power producer with operations in more than two dozen countries, is interested in acquiring Enel’s stake in the Bulgaria’s Maritsa East 3 coal-fired power plant.

“We are considering that investment,” said Peter Lithgow, the managing director of AES’s Bulgarian unit, in an interview for Bloomberg agency. “What they have on offer is of interest to us. It all depends on the investment conditions.”

The Arlington, Virginia-based utility is building a EUR 1.3 B power plant called Maritsa East 1, which is in the Martisa East mining and power generation complex, in southeastern Bulgaria, the biggest investment in Bulgaria.

In March, Enel Executive Director, Fulvio Conti, confirmed that the company is considering the sale of its 73% stake in Maritsa East 3.

According to local media reports British utility International Power and Austria's EVN, which supplies electricity to over 1.6 million people in southeast Bulgaria, are interested in the stake. Talks with the first potential bidder are believed to have already started.

A year ago Enel increased the capacity of Maritsa East Three plant to 908 megawatts, up from 840 MW, and also put new desulphurisation installations on the plant's four units.

Experts comment that the potential buyer is probably eying a 100% stake in the plant, in which the state owns a 27% stake. The rumors were fanned by a statement of Energy and Economy Minister Traicho Traikov, who recently announced that the state can land EUR 200 M from the sale of its stake in the plant.

The plant is located in the Maritsa East lignite coal mining complex in southern Bulgaria, which generates 30% of the country's electricity.