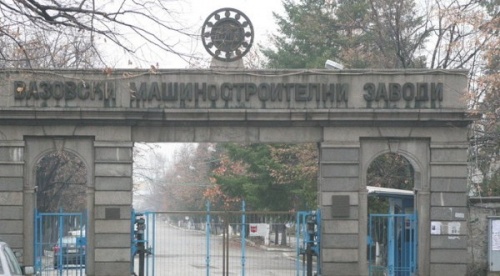 Former top managers of one of Bulgaria’s largest military factories – VMZ Sopot – are being investigated over suspected abuses that may have contributed to the dire financial situation of the plant.

The District Prosecutor’s Office in Bulgaria’s Plovdiv has started an investigation against an unknown perpetrator on the grounds of a report of Bulgaria’s State National Security Agency DANS based on the audit of the financial condition of VMZ Sopot.

The names of the former directors and senior managers of the military factory who are under investigation for abuses have not been revealed.

VMZ Sopot, the largest military complex in Bulgaria, which is still state-owned, currently has total debts amounting to about BGN 100 M.

The VMZ Sopot plant employs 3 700 workers. It is located in the town of Sopot in central Bulgaria, which is the birthplace of Bulgarian writer and poet Ivan Vazov. The plant was founded in 1936, and during the communist period was developed into a large-scale military industrial unit.

Over the years, several governments failed to decide on a strategy to privatize VMZ Sopot, and the Privatization Agency is said be expecting a solution from the GERB government. Since the fall of 2009, unrest among the workers of the factory has grown over delayed salaries leading to several strikes and protest rallies.