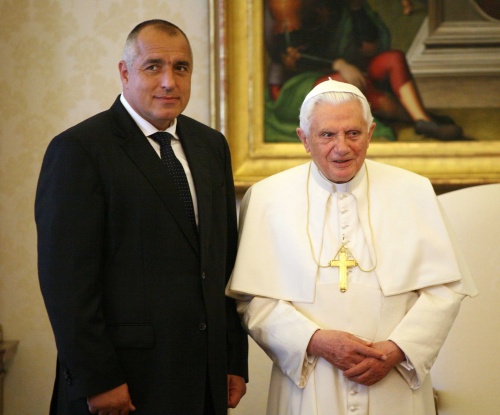 The Vatican has expressed its regret over the report of Vatican TV which presented the Bulgarian delegation meeting Pope Benedict XVI as Macedonian.

The German language version of the Vatican TV report showing the audience of the Bulgarian Prime Minister Boyko Borisov with Pope Benedict XVI on Saturday, May 22, spoke about a “Macedonian delegation.”

The gaffe did not spur any negative reactions on part of the Bulgarian authorities but the Vatican has apologized as the Bulgarian media raised the question.

According to a letter send by the Vatican Spokesperson, Federico Lombardi, to the Bulgarian Embassy to the Vatican, the mistake was purely technical.

“I would like to point out that this is the result of a purely technical mistake, which is also clear from the fact that the original report in Italian as well as the Spanish version of the same report contain the correct information,” states the spokesman while expressing the sincere regret of the Vatican over the mistake, and pointing out that it was corrected in a timely manner.