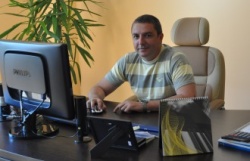 Kiril Slavenin, a businessman from the Bulgarian town of Pernik, has announced plans to invest EUR 16 M to build a retail and entertainment center there.

It will have a three-hall cinema, a huge restaurant and green roof, which will spread on 900 sq. m, making it the largest in Bulgaria.

The project will be implement near the former clothing factory, owned by Slavenin, on an area of 0.2 ha, which he recently acquired.

Construction works are scheduled to be wrapped up in two years.

Officials at Pernik, located some twenty kilometers southwest of the capital Sofia and known best for its mines, hope that the mall may help stop young people from migrating to bigger cities.