Israeli Correspondent for Bulgaria Dies at 50 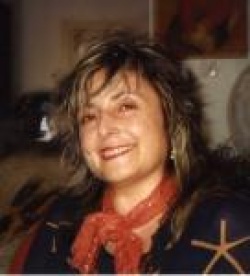 The funeral of Heny Berler, correspondent for Bulgaria in Tel Aviv will be held on Thursday, May 20. Photo by cross-bg.net

The news was reported by the Bulgarina Jewish Organization “Shalom.”

Belrer was born on February 19, 1960. She worked for years as a correspondent of the Bulgarian National Radio, BNR, and Television, BNT, and a number of other media. The outstanding journalist was one of the key figures to which strong ties between Bulgaria and Israel can be attributed. Her last successful project was the establishment of a Bulgarian-Israeli Culture institute in Tel Aviv and Sofia.

The journalist was also Head Secretary of the Association of Bulgarian Jews in Israel.

According to BNT, Berler was scheduled to attend the meeting of the Bulgarina media which opened in Vienna Monday.

The funeral will be held on Thursday, May 20.

Obituaries » Be a reporter: Write and send your article
Tags: Heny Berler
Advertisement
Advertisement
Expats.bg All Are Welcome! Join Now!
More from Obituaries