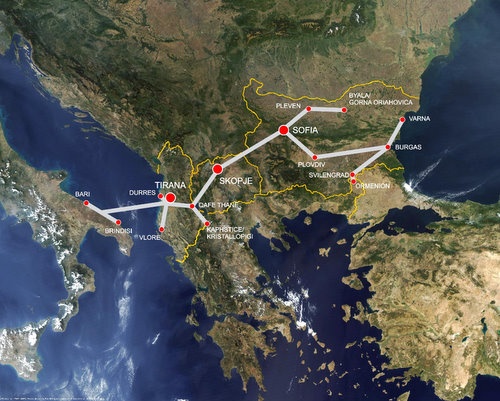 Bulgaria, Albania, Macedonia, and Italy have attended a conference entitled “Corridor VIII – Bridge between the Adriatic and the Black Sea”.

The forum in Tirana was opened by Albanian Prime Minister Sali Berisha on Thursday. Bulgaria is represented by Transport Minister Alexander Tsvetkov.

Tsvetkov presented before the forum participants the development of the infrastructure of the Bulgarian section of Pan-European Transport Corridor VIII, which is supposed to connect the Bulgarian Black Sea ports with the Adriatic ports in Italy. Its proper functioning is expected to facilitate trade between Central Asia and the Far East on the one hand, and Western Europe on the other.

The Corridor VIII forum was attended by the transport ministers of all four states located along the respective route as well as by representatives of the international financial institutions.