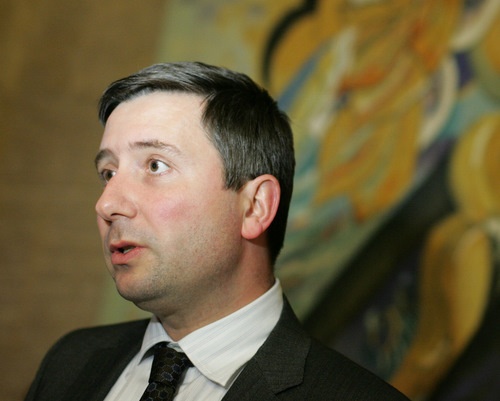 Businessman Ivo Prokopiev is the new Honorary Consul of Canada in Bulgaria. Photo by BGNES

The government approved Wednesday the nomination of Ivo Prokopiev as the Honorary Consul of Canada in Bulgaria.

The honorary consuls are nominated by the country they will represent, and their appointment has to be approved by the Bulgarian government.

The nomination for Prokopiev’s appointment as Canada’s Honorary Consul to Bulgaria was submitted to the government last week by Foreign Minister Nikolay Mladenov. It came after in November 2009 the Cabinet terminated the status of Canada’s Honorary Consul to Bulgaria of banker Levon Hampartsumyan, which happened after a note was received from the Canadian Embassy in Bucharest.

Businessman Ivo Prokopiev is the Chair of the Confederation of Employers and Industrialists in Bulgaria. He is the founder and owner of the Dnevnik Daily and the Kapital Weekly, and a major shareholder in Alpha Finance Holding.

Under the Vienna Convention, the honorary consuls work as volunteers in helping the citizens of the country they represent. They are required to submit annual reports to the local government.