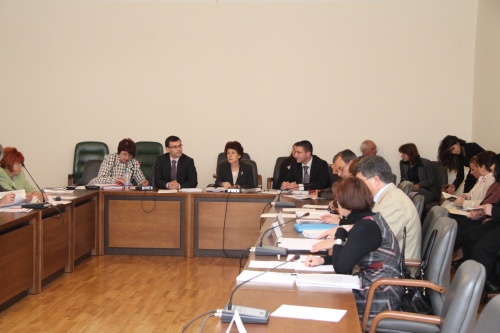 Bulgaria’s syndicates remain firmly opposed to the deal hammered out by the government and business sector for Social Security Code changes.

The country’s Council for Tripartite Cooperation failed to agree on the coverage scheme for paid medical leaves.

Late Wednesday night, the government and the employers decided that the first three days of an employee’s medical leave from work will be covered by the employer but only at a rate of 50% of the salary. From the fourth day onwards, the National Social Security Institute will be paying 80% of the salary that the employee had received over the last six months.

At present, an employee receives 100% of their regular daily payment for the first day of their medical leave from the employer. From the second day onwards, they get 80% but the sum is covered by the Social Security Institute.

The talks over the paid medical leaves from work have been initiated by the Bulgarian government, which wants to amend the Social Security Code in order to curb the violations with the granting of fake medical leaves.

Even after Thursday’s talks, the trade unions remain opposed to changing the existing formula of the paid medical leaves, and demand instead strengthening the control on part of the employers in order to prevent abuses.

The trade unions have complaned that the restructuring of the pay of medical absence will reduce annual employee income by an average of 7% compared to the present scheme and the other options discussed by the Council.

The business represenatives have countered by saying that in a time of crisis everybody should share the burden, including the workers.

The labor legislation commission of the Tripartite Cooperation Council is going to meet on Friday in order to try to come up with a solution, and a new meeting of the entire Council will follow up next week.

Before Wednesday, the state and the business sector were considering two more options for covering the paid medical leaves of workers both of which included one unpaid day of medical leave at the beginning of the absence period.

In the first quarter of 2010, the sum that Bulgaria’s National Social Security Institute paid for medical leaves grew by BGN 17 M compared to the same period of 2009, and the number of people who used this service grew by 160 000.

According to estimates, the Social Security Institute will save BGN 50 M in 2010 for not having to cover the second and third day of the paid medical leaves of the employees.

Another contentious issue which pits the government against both the trade unions and the business has to do with the acruing of unused paid leaves over several years. It has turned out that many government and business employees have not used their annual paid leaves for years, and these have acrued allowing some of them to take paid leaves of up to a year and a half.

The government is planning to make everybody use up their paid leaves by the end of 2010 while the business sector and the trade unions insist that the deadline for that should be at least by the end of 2011. The issue is yet to be discussed further.