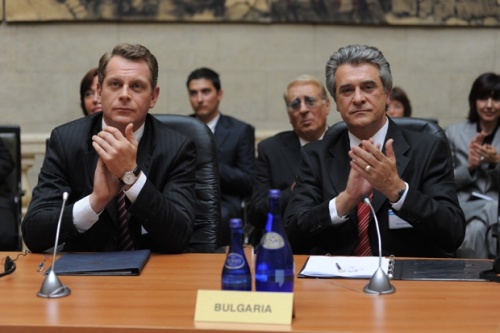 Bulgarian actor Yulian Vergov (l) as the Ambassador to London and pop star-turned actor, Orlin Goranov, as the President in the comedy “Mission London.” Photo by SIA

The comedy of Director Dimitar Mitovski, telling the story about life at the Bulgarian Embassy in London, broke the all time record for contemporary Bulgarian film revenues – the one of “Dzift,” which during its entire showing brought 36 000 viewers and BGN 255 896.

More Bulgarians saw “Mission London” over the weekend than the blockbusters “Troy” and “The Clash of the Titans.”