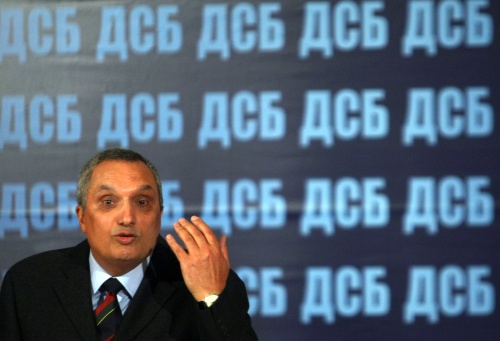 Bulgaria is in a state of a very serious fiscal crisis, according to right-wing leader Ivan Kostov.

Kostov, Co-Chair of the Blue Coalition supporting in principle the Borisov government, has criticized the ruling party GERB for its indecisiveness with respect to reforms.

“The situation in the country is very serious indeed. Reforms are needed but the government is afraid of initiating them. Greater administration reduction is needed – about one third of the administration structures could easily be shut down,” Kostov said on bTV Tuesday morning.

He predicted that the financial situation in Bulgaria in 2010 will be identical to the one of 2009, i.e. that the state revenue will be 20% smaller than planned.

Kostov warned that the increase of the value-added tax from 20% to 22% or of the excise taxes would not lead to an automatic growth of state revenue; rather, it is more likely to shift more firms to the gray economic.

He criticized the government and the Prime Minister for not throwing their weight behind the 60 anti-crisis measures which were recently adopted by the Cabinet.

“These measures have been left hanging in the air between the government, the employers and the trade unions. The Cabinet did not turn them into laws or decrees. If they had entered Parliament, they would have caused violent debates,” the rightist leader said.

He expressed his view that the discussion of the anti-crisis measures in the Council for Tripartite Cooperation, i.e. together with the trade unions and the business sector, had been a mistake.

“The tripartite council is an invention of multi-party democracies where the political parties find it hard to consolidate around a certain decision. This is how the tripartite council appeared in Belgium, then in Germany. However, the participants in it are irresponsible – they answer only to their members, not to their country,” said the rightist MP.

He further pointed out the absence of representatives of the small and medium sized enterprises from the anti-crisis talks; this is important as the SMEs are the ones that are the most flexible in dealing with the claims.

He demanded that not just individual civil servants but entire state agencies should be axed.

“However, the government fears reforms a lot because such measures are very unpopular, and they will lose the allegiance of those who are made redundant,” Kostov concluded.