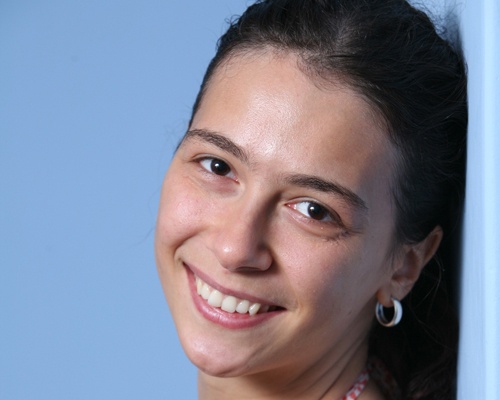 Interview for the Greek Survey of Novinite.com (Sofia News Agency) with Dimana Trankova, the managing editor of Go Greece! magazine.

When did you first launch the magazine, and how often does it appear?

Go Greece! Magazine launched in September 2008 with 10 issues per year. From 2010 it is bimonthly.

Why did you launch a magazine with an English-language title, about Greece, but written in Bulgarian?

There are two reasons for the English title of the magazine. First, graphically the head stands out better in the Latin script. Second, because of the unusual nature of the magazine (it is a about a single country written in the language of another country) we encountered some problems with our Greek partners: few people could understand what "Иди в Гърция!" (Go to Greece!) meant.

What's the purpose of your magazine? What kind of content should the reader expect?

Go Greece! is the only magazine in Bulgarian only about Greece. Its purpose is to help Bulgarians to discover Greece as a tourism, culture and shopping destination. The magazine covers both better and lesser known destinations and landmarks, the peculiarities of Greek cuisine, traditions and culture and even the Greek sense of humor, which, incidentally, is not that different from the Bulgarian.

We have interviews with well-known Bulgarians who love to visit Greece, and with Greeks who advise the Bulgarians as insiders. We have a regular photo competition and "Where in Greece are you?" photo quiz, which both became hugely popular among our readers.

What is your specific target audience? What's the social profile of your readers?

Go Greece! is for the potential 2 000 000 Bulgarians, who prefer Greece as a travel, holiday and/or shopping destination. So, our audience ranges from package tourists to independent travelers to visitors who stay in five-stars hotels and resorts.

How and where do you distribute the magazine? Do you have regular subscribers, or do people buy an issue if they are planning to visit Greece?

80% of the print run is distributed in both Bulgaria and Greece, focusing mainly on petrol stations on the roads leading to Greece. 10% is for regular subscribers, and another 10% is for promotional distribution in a range of Greek hotels. We sell 83% of our circulation, which we consider an achievement.

As a specialist publisher, have you been hit by the so-called economic crisis? If so, what are your predictions for recovery?

The resent troubles in Greece forced us to delay a little the first issue of Go Greece! for 2010. But now, with spring coming, our Greek partners are feeling more comfortable and willing to cooperate.

As for the Bulgarians, for the last few years they became well acquainted with the advantages of Greece as a tourism destination. It's near - we now have a new border point at Zlatograd, - it's calm, clear, picturesque and full of marvelous beaches, the food is wonderful, the people are friendly and everything is good value for money.

I think in 2010 Bulgarians, who in good economic times would go to a more distant and exotic destinations like the Caribbean or South-East Asia, will switch to Greece.

How many Bulgarians visit Greece each year, and are their visits for leisure or business?

According to official data, in January-September 2009, 1 246 187 Bulgarians visited Greece. There is no official data about the typical profile of the travelers, but generally 23% of their visits are for holidays and 68% are for business and shopping.

Turning to the production of GoGreece! magazine, how many people work on it, and do you include outside contributions?

There are two editors and two designers plus a number of sales people, including two based in Greece, who work on each issue, and we include contributors' articles on a regular basis.

How is the magazine funded?

Go Greece! Magazine relies only on advertising and sales of printed issues. In 2008-2009, it was a commercial success. However, at the end of 2009 Greece was struck by a severe financial crisis which inevitably had an impact on our advertisers. At the moment, everyone seems to be very careful about spending money on anything but the essentials. Thankfully, with the approach of the 2010 tourist season, things seem to be picking up again.