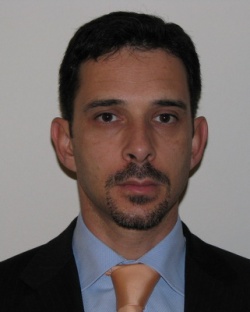 Interview with George Alevizos, Finance Manager of the Greek Fourlis Group of Companies, which is going to open and operate the first IKEA stores in Bulgaria.

When is the first IKEA store in Bulgaria scheduled to be opened? Has its opening been delayed by the crisis?

The first IKEA store in Bulgaria is planed to open in Sofia in the last quarter of 2011.

IKEA stores are a long term investment and the construction period together with all the necessary permits is approximately 2 to 3 years.

The crisis in such a long term investment does not play a significant role unless there is a funding issue which is not the case. Therefore we do not consider that there is any delay especially due to the crisis.

We believe to the cyclical aspect of any crisis and Bulgarian economy will return soon in positive growth rates and it is very important when this happens, we will be there ready to offer a better everyday life to the many people in the local market.

Why hasn’t IKEA come to Bulgaria earlier? Why does the Fourlis company believe the Bulgarian market is ready for IKEA now?

Every market has its development stages and every company its own priorities and plans. Bulgaria is today ready to accept, host and spread the IKEA concept across the Country.

Fourlis Group has decided to enter the Market now based on a set of feasibility studies, search of sites and common agreement with Franchisor (Inter-IKEA systems BV).

Before the end of 2008 there was a boom in construction and real estate in Bulgaria, and respectively – of the demand for furniture. Has the fact that all that is now gone as a result of the crisis caused you to modify substantially your investment plans for Bulgaria?

We have not changed our investment plans for Bulgaria. IKEA is selling furniture . it is also selling home furnishing accessories but most of all is offering a new way of living at home.

We should not and we do not base our calculations on new buildings and licenses. We see every household –old or new as a potential customers and we have our way (value for money offer) to make them feel good with us and trust us no matter the period or the economy stage.

What will be the scope of the investment of Fourlis in the IKEA stores in Bulgaria? How many IKEA stores do you plan to open in Bulgaria, and where will they be located? How many people will you employ?

The plan for IKEA in Bulgaria is to operate 2 and may be 3 stores in a horizon of 5 years from now. Apart from Sofia where we will operate our biggest store, we plan to operate one more store in the area of Varna. Every IKEA store employees approximately 300 to 350 people including part timers.

A couple of Bulgarian producers have been working with IKEA. What share of the products in the Bulgarian IKEA stores will come from Bulgarian furniture-makers?

In November 2009, Bulgaria’s Regional Development Minister Rosen Plevneliev admitted the future IKEA store in Sofia might have problems operating because of the congested traffic of the Sofia beltway and a road expansion which will not be completed on time. What is your agreement with the Bulgarian authorities which will provide for the proper operation of the IKEA store in Sofia despite the congested traffic?

We have a very good cooperation with Bulgarian authorities and we are sure that we will work together in order the store to operate properly and serve Sofia people the way that an IKEA has to do.

Do not forget that shopping in an IKEA store is an experience. Our experience from Greece and Cyprus showed that even under the best conditions, the opening creates traffic but eventually the consumers find the way to enjoy IKEA experience together with their family.

How many stores do you operate in the Balkans region, and how many more do you plan to open? How significantly has the economic crisis affected your plans for the entire region?

Currently, we operate 5 IKEA stores (4 in Greece and 1 in Cyprus). This year we will open one more store in Greece and next year comes the Sofia store.

Our plan is to operate at least 10 stores in Greece Cyprus and Bulgaria. I mentioned earlier that we believe to the cyclical aspect of any crisis, therefore long term investments should not be affected from short or medium term macroeconomic instability. Maybe that period of time is an opportunity for good concepts like IKEA.

As a significant Greek company, do you have other investment projects in Bulgaria besides the IKEA stores?

Fourlis Group has a presence of approximately 15 years in Bulgaria. Initially through wholesaling of electrical appliances that gave its position the last 3 years in retail of athletic goods (INTERSPORT).