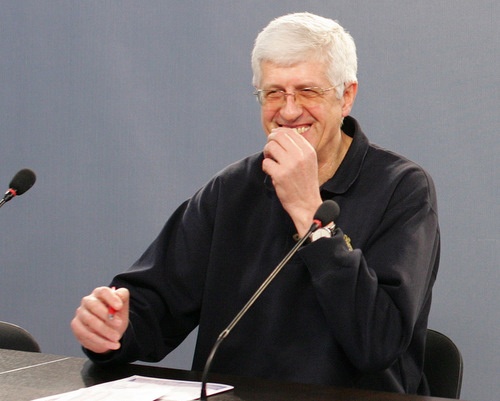 Bulgaria's ex Energy Minister has declared his intentions to refer two past energy deals to Prosecution. Photo by BGNES.

Ovcharov, who was the Economy and Energy Minister in the Stanishev government in 2005-2007, and is currently a MP from the opposition Socialist Party, has made it clear he is eager to oppose further attempts by the Borisov Cabinet “to use energy as propaganda tool.”

He plans to refer to the prosecution two cases. The deals in question were signed during right-wing government of the Union of Democratic Forces led by PM Ivan Kostov (1997-2001).

In October 1998, the Maritsa East 1 plant was privatized and sold to Consolidated Continental Commerce (3C), later purchased by the AES Corporation. On 15 February 2000, AES and the Bulgarian National Electric Company NEK signed a 15-year tolling agreement, according to which AES has an obligation to replace the old power station with a new facility.

The second deal that Ovcharov regards as problematic is the 1998 gas supply agreement between Bulgaria and Russia stating, in his words, that any gas cut off by the supplier will go unpunished.

According to the former Energy Minister, the bidding procedures for the Maritsa East 1 TPP did not exist in any legal documents at the time, and the US-based company which won the tender was given the chance to review the offers of the competition before filing their own.

Now that the heating capacity of the two TPPs are starting to take effect, the consequences of the concluded agreements are only beginning to be felt, believes Ovcharov.

He explained that their contracts include a 15-year long commitment for NEK regarding the purchase of electricity that they produce at prices significantly higher than the national average, with renewable energy being the only exception.

The Maritsa East 3 TPP offers prices of EUR 83 per MWh, excluding the VAT and the prices of the Maritza East 1 will be even higher.

Ovcharov suspects that Ivan Kostov and Martin Dimitrov, who are now Co-Chairs of the rightist Blue Coalition, and the “circles around them” have acted to protect corporate rather than national interests.

In his words, this explains their violent struggle against the construction of the Belene nuclear power plant. The rightist Blue Coalition has voiced opposition to the Belene NPP, Bulgaria's planned second nuclear plant, criticizing its economic feasibility and the fact that it increased Bulgaria's energy dependence on Russia.

Ovcharov further claims that in 10 years time electricity prices from Belene will be significantly lower than the ones produced by the Maritza TPPs.