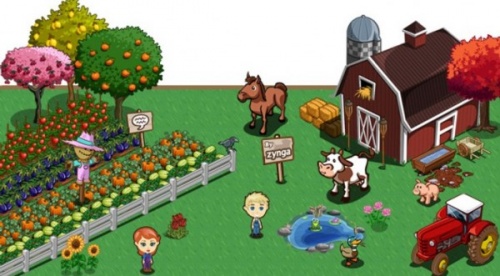 A scandal has erupted in the City Council of Bulgaria’s Plovdiv as several councilors have been caught milking virtual cows on the Facebook application Farmville.

The councilors were first detected playing Farmville two weeks ago during the debates for Plovdiv’s 2010 budget.

The discovery was made by the Chair of the Council, Ilko Iliev, who reacted strongly scolding the eager Internet farmers. However, his reaction was to no avail, as the dedicated councilors continued developing their Facebook farms during the City Council meetings, local media have reported.

They were aided in this laudable endeavor by the wireless Internet network established as part of a recent all-out repair of the City Hall building worth BGN 2 M. The Plovdiv Municipality also recently purchased powerful brand-new laptops for all its 51 councilors.

However, the real scandal erupted during Thursday’s meeting of the City Council when the most persistent Farmville enthusiast, Dimitar Kerin from the nationalist party Ataka, was voted out of the committee he was part of because of his Facebook addiction.

The proposal to remove Kerin from his respective municipal committee came from Todor Hristov, a former member of Kerin’s party, who has argued that Kerin “needs more time for his virtual farm.”

Thus, Kerin was removed from his committee with 20 votes in favor and 19 votes against; as a result, he has lost the additional pay he received as a member of a municipal committee.

The troubled councilor, Dimitar Kerin, has defended himself by saying he was not the only one in the City Hall watering virtual egg plants. He said he had reached only Level 40, whereas Daniela Zhelyazkova, a councilor from the rightist Democrats for Strong Bulgaria party, was already at Level 46.