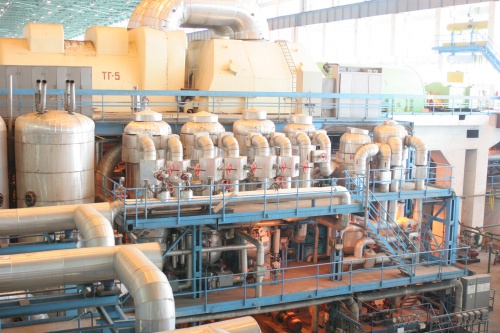 A year ago Enel increased the capacity of Maritsa East Three plant to 908 megawatts, up from 840 MW, and also put new desulphurisation installations on the plant's four units. Photo by BGNES

Italian energy giant Enel is considering the sale of its 73% stake in Maritsa East 3, a coal-fired plant which has a capacity of 908 megawatts, the company executive director has announced.

“The reason for the sale is not that we are not satisfied with the plant, on the contrary – we are extremely satisfied. The reason is that this is our only asset and we did not manage to integrate it with other energy activities like a distribution network, for example”, Fulvio Conti said in London.

He pointed out that the company has successfully demonstrated its ability to modernize the plant and that it has good relations with the Bulgarian state and NEK.

“I think that this wonderful power plant, Enel Maritza East 3, will be better in the hands of an integrated player who is already present in Bulgaria and who would have better chance to benefit,” Conti said.

A year ago Enel increased the capacity of Maritsa East Three plant to 908 megawatts, up from 840 MW, and also put new desulphurisation installations on the plant's four units.

Experts comment that that the potential buyer is probably eying a 100% stake in the plant, in which the state owns a 27% stake. The rumors were fanned by a statement of Energy and Economy Minister Tricho Traykov, who recently announced that the state can land EUR 200 M from the sale of its stake in the plant.

The plant is located in the Maritsa East lignite coal mining complex in southern Bulgaria, which generates 30% of the country's electricity. Enel also owns seven wind parks of 3 megawatts near the Black Sea coast.

Enel said its 2009 earnings rose 2% on revenues earned in its overseas investments which offset decreases in electricity demand in its key Italian market.