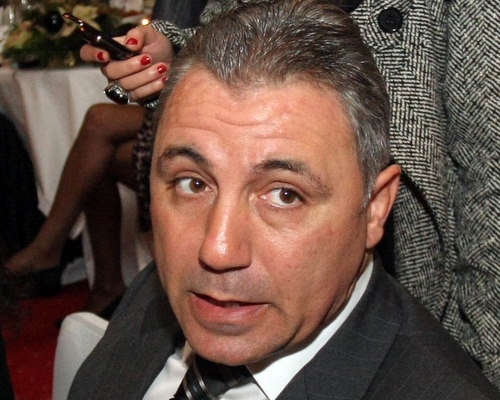 Mamelodi Sundowns knew they had a tiger by the tail when they employed Bulgarian legend Hristo Stoichkov to lead the Brazilians, and now it appears that they have deserted him in his time of need.

Officials at the Chloorkop-based outfit have distanced themselves from statements made by the coach, who is still scheduled to appear before the PSL’s Disciplinary Committee on charges of bringing the League into disrepute.

Looking back, it is easy to understand why Sundowns president Patrice Motsepe hired him in the first place. Motsepe knew that the Bulgarian’s passion for the game could not be questioned.

Just look at what some of the world’s best players and others have said about this coach, who is now living on borrowed time, unsure of what the future holds for him.

Michael Laudrup, who played with Stoichkov at Barcelona during the Johann Cruyff era, says: “He has an awful character … explosive and complex.

Barcelona sporting director Txiki Begiristain: “Hristo gives the impression of an always angry guy; in most cases it is true, but not always. He has the capacity to joke and show compassion. That is Hristo and no-one can change him.”

Michel Platini: “Hristo is a player with a character; a natural-born talent who is able to show astonishing moves in the most difficult situations.”

Frenchman Eric Cantona, who also had a fiery reputation: “Stoichkov is among the biggest actors in world football. He could explode at any time. Compared to him I look apathetic. He’s a man that doesn’t give up, even when everything seems to be hopeless.”

Known as ‘Kamata’ (the Dagger) in his homeland, Stoichov’s aggression has not been limited to the pitch alone, and his outbursts, particularly aimed against referees and journalists, are in a league of their own, the stuff of folklore.

The SA media has already experienced this when they confronted him on why he was not playing Benedict Vilakazi. They learned that Stoichkov is not the type who sits back and lets things silently go away.

“I’m the coach … you can’t ask me why I don’t play someone. If I don’t play Brian Baloyi, are you going to ask me why?” the Bulgarian said, leaving his questioners dumbfounded.

Stoitchkov’s stand against corruption is also deeply ingrained. It dates back to his youth in Bulgaria. This emerged in an interview when he returned to his homeland after playing in the US.

Soon after stepping off the aircraft, a journalist asked him: “Mr Stoichkov, you seem sad. Why is that?”

“I have trouble standing the mud and dirt in Bulgaria,” the legend replied.

“Which dirt are you referring to?” the journalist queried again.

“The one that is all over this place. I’m sad because I will forever be Bulgarian, and will never stop loving my homeland. But everything here is muddied with corruption.”

Sad but true. If Stoichkov does leave Sundowns, it will be the country’s loss, not just the club’s.

Stoichkov has shown that he has the ability to make a difference and, rightly or wrongly depending from which side you view it, that he is not afraid to stand up for what he believes in.

If he does get the bullet or decides to pack his bags, South Africa will lose a rare talent while our referees, who consistently have fingers pointed at them, will get a slap on the wrist.

Views on BG » Be a reporter: Write and send your article
Tags: Stoichkov
Advertisement
Advertisement
Expats.bg All Are Welcome! Join Now!
Related Articles:
More from Views on BG