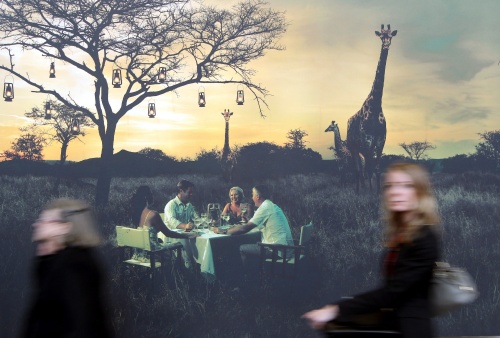 The largest tourist expo, ITB, opened in Berlin Tuesday with the participation of over 11 000 companies from 187 countries.

Marinov told perspective travelers that beach vacations, ski trips, ventures to cultural and historical sites, SPA and Wellness, are only a fraction of possibilities that await them in Bulgaria.

The Deputy Minister stated that the good price – quality ratio makes Bulgaria a very attractive destination, pointing out the Bulgarian tourist market is stable, with fair accommodation and entertainment pricing.

The Chair of the German SPA Association, Dr Sigrun Lang, was a special quest of the presentation, voicing support for Bulgaria's desire to introduce international standards for its SPA services. Lang said Bulgaria has great potential for developing SPA and Wellness tourism, combining beautiful nature and good quality hotels, adding the introducing of standards in line of those of the European SPA Association will improve the country's image and attract more visitors.

Marinov pointed out the process of aligning standards is included in the Amendments of the Tourism Act.

Bulgaria's Deputy Minister further informed he had discussed with Ernst Burgbacher, Parliamentary State Secretary at the Federal Economy Ministry, the possibility of the German Health Insurance Fund to cover expenses for German citizens, who use rehabilitation procedures at Bulgarian SPA resorts.

Marinov says that a change from the last 2 years would be the reduction of last minute trips – a sign travel is stabilizing.

The number of visitors wishing to visit Bulgaria around the Easter holiday is up, while tour operators expect a 15% increase of the number of German tourists in 2010. Between April and November, charter flights will serve 30 German airports with connections to the one in Bulgaria's second largest city of Plovdiv.

Bulgaria is further starting in April an advertisement campaign across Germany with the airing of TV video clips, print ads, and billboards.