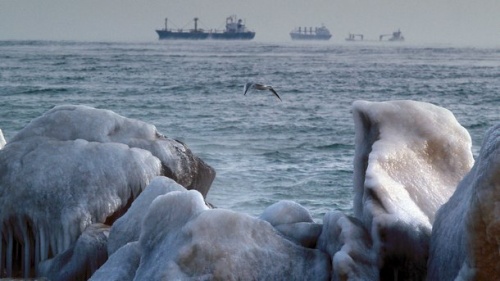 In the “Sunny Beach' resort near Burgas, the waves have reached the front-water hotels and have taken away several barges. In the northern Black Sea region, the storm had destroyed the water collector of the purification station of the beach town of Kranevo and has broken boats and port equipment near the towns of Shabla, Balchik and Kavarna.

Meanwhile, all municipalities in northeastern Bulgaria, except Aksakovo and Provadiya, near Varna, lifted the emergency situation declared earlier over the blizzard that gripped much of Bulgaria Monday and Tuesday.