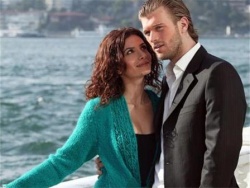 A number of companies organizing trips to Istanbul have reported numerous inquires on part of Bulgarians asking to visit the homes of Turkish soap opera stars or other places depicted in the soaps, the Pari Daily has reported.

Managers of tourist companies are quoted as saying that fewer Bulgarians go to Istanbul for shopping while the number of those who make multipurpose tourist visits to the largest city in Turkey is increasing, and that Turkish soaps are partly responsible for that increase.

“Perla” (i.e. “Pearl”) - the name of the most popular Turkish soap in Bulgaria so far (known in Turkey as Gümü?) – was the number one word Bulgarians entered in Internet search engines in 2009.