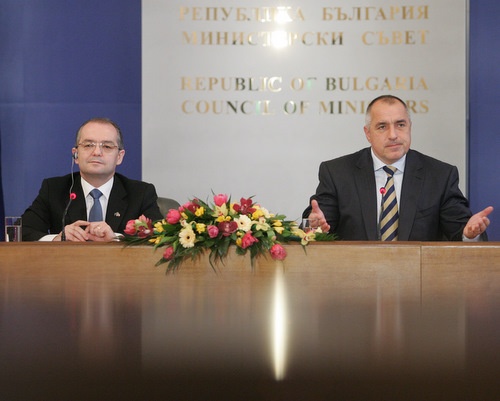 The Prime Ministers of Bulgaria and Romania have approached the European Commission with a request to extend the deadline of the financial memorandum for the construction of a second bridge over the Danube River.

The memorandum with Brussels, to be financed under the ISPA program, ensures free funding of EUR 70 M for the bridge's construction and guarantees head-to-tail financing of the project. It is scheduled to expire at the end of 2010.

Bulgarian Prime Minister Boyko Borissov and his Romanian counterpart Emil Boc, who is paying an official visit to the country, have sent a letter to the European Commission President Jose Manuel Barroso, demanding that the deadline is extended by one year, until January 1, 2012.

“We hope Mr Barroso will take into account the fact that we are new governments and are not to blame for the delay in the project. Our ambitions are that every single euro is absorbed,” the Bulgarian prime minister said.

He suggested that two more bridges are constructed over the Danube River, linking Oryahovo-Bechet and Silistra-Kalarash.

Romania and Bulgaria signed the agreement for the project construction in March 2000 but it was late in getting off the ground because of insufficient funding.