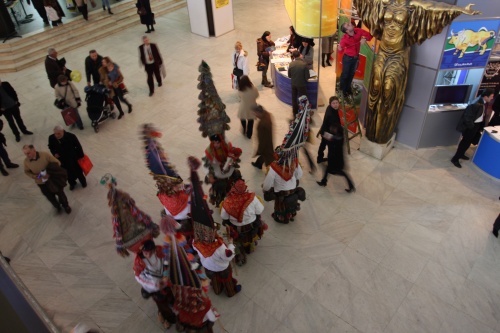 Preparation under way for Holiday/SPA EXPO 2010 at the National Palace of Cutlure. Photo by BGNES

The expo, which is taking place in the National Palace of Culture in Sofia, will be opened by Ivo Marinov, Deputy Economy Minister who is in charge of tourism.

It is organized by PRIM EXPO together with the Ministry of Economy, Energy, and Tourism, and a number of tourist association and NGOs.

Some 350 firms in the tourist sector are taking part in the expo, including companies from Greece, Cyprus, Italy, Tunisia, Turkey, and Israel.

The stand of Bulgaria’s Economy Ministry is one of the largest, and will be presenting several tourist destinations from around the country.

The 27th edition of the International Tourism Fair “Holiday/SPA EXPO 2010” will continue from February 25 until February 27, 2010.