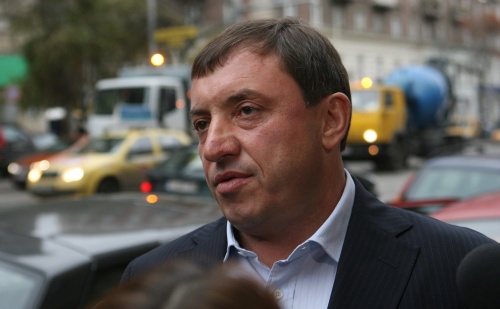 Aleksei Petrov is reported to have been the ringleader of a racketeering group. Photo by SPHA

The special operation codenamed “Octopus” in which the Bulgarian police have detained 14 people has been brought about by a complaint of a Bulgarian businessman that he was the victim of racketeers.

This was reported by the 24 Chasa Daily on Thursday, a day after the “Octopus” special operation, in which former top secret service agent Aleksei Petrov was also detained.

The paper says that the businessman in question alerted the police that a group of Petrov’s men threatened him physically demanding that he transfer his entire business to them.

According to information from the Interior Ministry, Petrov, nicknamed “The Tractor” was the ringleader of an organized crime group which racketeered both legal entrepreneurs and underground bosses demanding a share of their revenues.

The 24 Chasa Daily claims that Petrov together with Anton Petrov, aka “The Hamster”, will be charged as being the leaders of the organized crime group.

Reports say that the Interior Ministry has information suggesting that the ransom money of the Impudent kidnappers has been laundered through an insurance company close to Aleksei Petrov.

On Wednesday, Bulgaria’s Interior Minister, Tsvetan Tsvetanov, denied the claims that Aleksei Petrov was also the mastermind of the Impudent kidnappers’ gang.