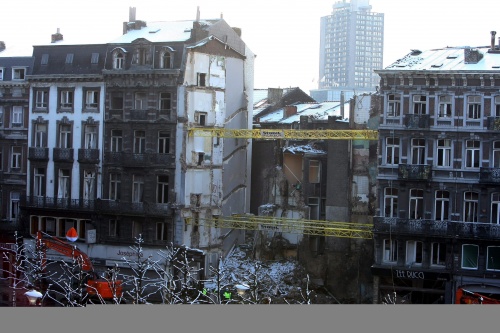 4 Bulgarians are confirmed among the dead from an explosion in January that destroyed a five-story building in Liege, Belgium. Photo by BGNES

The authorities from the Belgium city of Liege identified Wednesday one more victim of the January 27 building explosion.

The man is the Bulgarian citizen, Valio Ivanov Sergeev, 19. This is the fourth Bulgarian casualty from the blast. The other 3 were identified on February 6.

The information was reported by the TV channel RLF. They also informed earlier that the probe of the incident leads in many directions, including human trafficking and other crimes.

12 out of 14 bodies have been identified so far, but the coroner's office says the identities of the last two will be revealed very soon.