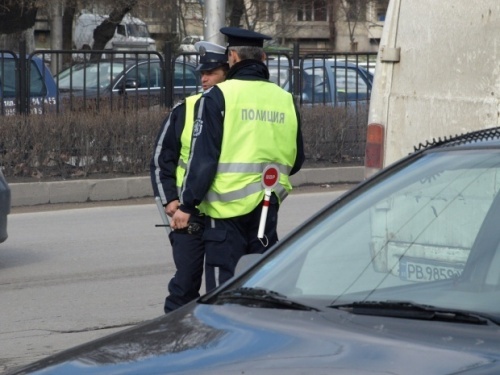 Police have closed off the area around the ammo plant in Northwestern Bulgaria. Photo by BGNES

Three men got injured during an ammunition factory in the village of Gorni Lom in Northwestern Bulgaria.

The explosions at the privately-owned “Midzhur” started at Wednesday night, and are still continuing as there were 10 tons of ammonite in its storage facilities as well as mines and other ammunition.

The Bulgarian authorities have closed off the area around the factory in a four kilometer radius, and have made declared that there was no danger for the local population.

The sight of one of the three hurt men could be impaired, and he has been transferred to a hospital in Sofia. The injuries of the other two are minor.

It is still unclear what caused the setting off of explosives at the military plant. All fires on the territory of the plant have been put out.