Who Is Who: Murdered Bulgarian Tycoon Iliya Pavlov 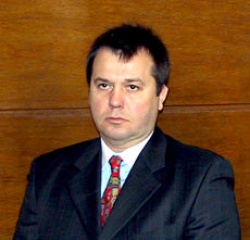 Iliya Pavlov was killed in Sofia in March 2003. Photo by Sofia Photo Agency

Slavka Naydenova, sister of assassinated Bulgarian tycoon Iliya Pavlov, and her 8-year-old son were killed in Dale City, Virginia. There has been no information of whether their murder might be related in some way to that of Iliya Pavlov.

Iliya Pavlov was born on August 6, 1960. He graduated the National Sports Academy in Bulgaria. He also studied journalism and business Administration in the United States.

Iliya Pavlov was one of the initiators of Business Club Vuzrazhdane. In the early 1990s, he founded a firm called Multigroup (MG). His wife Darina Pavlova was president of his Megatalant agency.

After fourteen years in business, he employed some ten thousand people in Bulgaria and abroad. He accrued the initial part of his capital in the shady early 1990s

Iliya Pavlov was ranked eight with USD 1,5 B among twenty-five billionaires in Central and Eastern Europe by the Polish magazine Wprost in November 2002.

In February 2002, the president of the financial conglomerate MG Corporation Iliya Pavlov was announced businessmen of Bulgaria for 2001.

An assault on the life of Iliya Pavlov was attempted in 1997 when a bomb wrecked two of the cars belonging to conglomerate Multigroup on the road between Sofia and Bistritsa One of the cars was Iliya Pavlov's armoured BMW, but he was not in the car. No one was hurt. The incident happened around 1 a.m. on June 17. The powerful blast resulted in a crater seven meters long and three meters deep.

Iliya Pavlov was murdered on March 7, 2003, in Sofia with one sniper bullet before the office of the Multigroup corporation. His four guards were untouched.

The stories investigated over Pavlov’s murder have ranged from competition over the rights of the Miss Bulgaria contest to Russian interests related with the Burgas-Alexandroupolis oil pipeline but has not lead anywhere. No one was ever formally charged with his murder despite reports by the police in 2004-2005 that there was a suspect. His fortune was inherited by his wife, Darina Pavlova.