Bulgarian "World Is Big" Fails to Make Cut for the Oscars 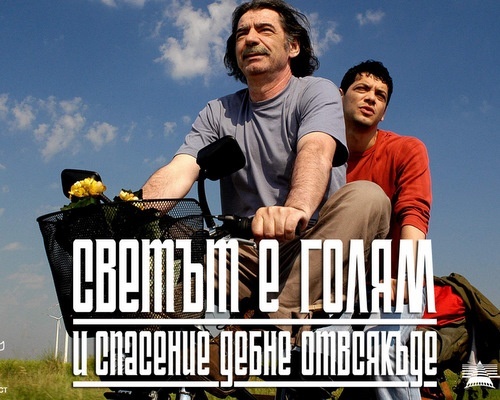 The engaging intergenerational tale has box office appeal, but it needed an Oscar win or at least a nomination to secure a distributor. File photo

Bulgaria's "The World Is Big and Salvation Lurks Around the Corner", directed by Stephan Komandarev, has failed to make it to the final lap in the race for the best foreign-language film Oscar.

The movie was on the shortlist of nine films, determined by a committee of several hundred Los Angeles-based member of the Academy, who screened the eligible films beginning in October. The group's top six choices, augmented by three additional selections voted by the Academy's foreign-language film award executive committee, constituted the shortlist.

"World" has turned out to be an unexpected charmer as Bulgaria is not known for its impressive cinematic output. Director Stephan Komandarev adapted the film from a novel by Ilija Trojanow that was inspired by the author's real-life experiences.

The engaging intergenerational tale has box office appeal, but it needed an Oscar win or at least a nomination to secure a distributor.

The Academy of Motion Picture Arts & Sciences got an eclectic mix of 10 best picture nominees, including two science-fiction hits – "Avatar" and "District 9" – an animated film, "Up," and two war films, "The Hurt Locker" and "Inglourious Basterds."

Though it was no surprise that "Precious: Based on the Novel 'Push' by Sapphire" and "Up in the Air" earned best picture nods, there were some unexpected choices, including "The Blind Side," "An Education" and "A Serious Man."

The announcement marked the first time in 64 years that there were 10 nominees in this marquee category, instead of the traditional five.

The nominees for best director were as expected. They included: James Cameron for "Avatar," Kathryn Bigelow for "The Hurt Locker," Lee Daniels for "Precious," Quentin Tarantino for "Inglourious Basterds" and Jason Reitman for "Up in the Air."

The nominees for best actress were Sandra Bullock for "The Blind Side," Helen Mirren for "The Last Station," Carey Mulligan for "An Education," Gabourey Sidibe for "Precious" and Meryl Streep for "Julie & Julia." With this nod, Streep has earned an unprecedented 16 Oscar nominations over the last 31 years. She has received two Oscars: best supporting actress for 1979's "Kramer vs. Kramer" and best actress for 1982's "Sophie's Choice."

The best actor nominations went to Jeff Bridges for "Crazy Heart," George Clooney for "Up in the Air," Colin Firth for "A Single Man," Morgan Freeman for "Invictus," and Jeremy Renner for "The Hurt Locker."

The Oscars will be telecast live March 7 on ABC from the Kodak Theatre in Hollywood.

Besides increasing its nomination list for best picture, the academy also is featuring two hosts at the Oscar ceremony: Alec Baldwin and Steve Martin, who just starred together in "It's Complicated."