Why Bulgaria Has Image Issues in the Netherlands 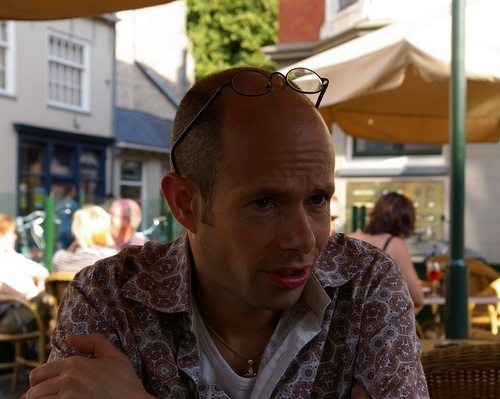 Reading the Dutch Survey at Novinite.com (Sofia News Agency), it seems that the relations between Bulgaria and the Netherlands couldn’t be warmer. In Dutch media and society, however, the image of Bulgaria can do with some serious polishing.

Your problems are our problems, just like your interests are ours as well, Dutch Ambassador Karel van Kesteren said in an interview for Novinite.com this week, explaining the relationship between the Netherlands and Bulgaria.

And both ‘problems’ and ‘interests’ are discussed in an ‘open and frank dialogue’, according to the Ambassador. No doubt, His Excellency voiced the official position of the Dutch government well.

Yet, for the outsider, whether in Bulgaria or the Netherlands, the relationship between the two countries seems to be dominated by harsh criticism from the Dutch side.

As Dutch Deputy-Minister of Foreign Affairs Frans Timmermans put it: the Netherlands not only is the most demanding of the EU member states, but also the most involved one, combining criticism with help and advice. And when you’re involved you have the right to speak out, this is the message.

Without questioning Mr. Timmermans’ good intentions – he was a passionate supporter of Bulgaria’s accession to the EU long before he became a minister – there seems to be more to it. How else are we to understand his threat last summer to get the EU to activate the safeguard clauses against Bulgaria if the country keeps falling behind on its reform program?

These remarks were made only days after Mr. Timmermans and his social-democratic party had been dramatically defeated in the European elections by Geert Wilders and his right-wing extremists, one of whose main issues was, and still is, throwing Bulgaria (and Rumania) out of the European Union.

Surely, Mr. Timmermans’ remarks were given in by an attempt to butter up the average Dutch guy in the street, whom Geert Wilders is considered to represent. And that average guy isn’t very fond of Bulgarians.

That is odd enough, since the chance the average Dutch ever met a Bulgarian is quite small. Bulgaria still isn’t a very popular holiday destination and, although official numbers are not available, there are probably only a few hundred Bulgarians residing in the Netherlands. On a population of over 16 million this means you need to work rather hard to bump into one.

The ‘anti-Bulgarian sentiment’ – to put it dramatically – can partly be explained by the feeling many people in the Netherlands have that with its last enlargement the European Union has grown out of control, and by a sentiment of fear from the outside world in general that has caused the country to retreat more and more behind its borders. However, it can also be explained with the way Bulgaria is being portrayed – and portrays itself – in the media.

Since 2008 Dutch media are paying more attention to what is happening in this part of the world, while at the same time cutting their budgets and reducing their staff. The result is that the correspondents for the major newspapers that are responsible for Bulgaria are now based in Belgrade, Berlin and Warsaw and are supposed to cover all countries in Eastern and Southeastern Europe.

Every now and then they fly in for a few days to work out a fixed program and easily walk into the traps set for them by NGOs, politicians and other stakeholders looking for attention for their causes.

The rest of the Bulgaria-related materials that appear in the Dutch media is mainly taken from press agencies which base their stories on Bulgarian media that in general don’t bother too much about distinguishing fact from fiction.

Thus, we get to read in the Dutch newspapers that the only thing that prevents Bulgarians from starving in winter are their home-grown food supplies; gangster-radio host Bobi Tsankov suddenly becomes an investigative journalist; and his assassination turns into a direct assault on press freedom.

Let me just remind the reader that every story ends with the remark that Bulgaria is either Europe’s poorest or most corrupt member state; and sometimes even both. So the Dutch public has to decide whether it is dealing with a poor though exotic country that somehow got stuck in the 19th century, or with a mafia-infested rogue state. And even though both images, of course, have some elements of truth in them, they still stand far from everyday Bulgarian reality.

Bulgaria’s negative image in the Netherlands is further reinforced by the often clumsy way the country and its formal representatives manage to draw foreign attention to themselves.

Any interview with or profile on Bulgarian Prime Minister Boyko Borisov will at a certain point describe how he makes the foreign journalist look at all his diplomas, trophies and awards thus creating the image of a vain man whose ego is bigger than his political ideas for solving the many problems his country is facing.

And when Bulgarian leaders have been confronted with criticism from Brussels in the recent years their reflex has all too often been one of stubbornness, feeling hurt and thinking of an anti-Bulgarian conspiracy, instead of just taking responsibility, admitting guilt and promising to do better next time. It’s a reflex one often comes across in Bulgarian society as a whole, and unfortunately, as the entire Jeleva affair showed just a few weeks ago, it hasn’t left the Bulgarian government buildings together with the Stanishev administration.

Unfortunately, that is a reflex that works better when dealing with Bulgarian media than with foreign media; and as Mrs. Jeleva, to her great shame, now can testify, it works a lot better in the Narodno Subranie than in the European Parliament.

In these times of crisis, it’s unrealistic to expect more (or more often) Dutch journalists to travel to Bulgaria although the criticisms as well as the involvement of the Dutch government in this country would certainly justify it.

It’s just as unrealistic to think that the negative sentiments in the Netherlands towards the EU, and the general climate of fear from the outside world will change in the short run.

Thus, the brushing up of the image of Bulgaria in the outside world has to start within Bulgaria itself, preferably with the government taking the lead. Let’s hope that this is something that’s not too unrealistic to expect.