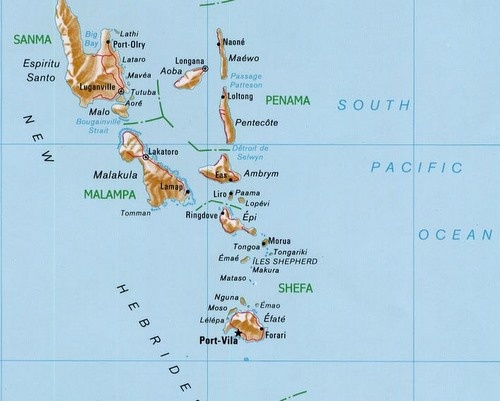 Vanuatu is an island nation located in the South Pacific Ocean. File photo

The transnational crime unit at Vanuatu, a string of more than 80 islands once known as the New Hebrides, says it has material that warrants the arrest and extradition of a Bulgarian man arrested in New Caledonia over the circulation of fake euros, according to reports.

The circulation of the fake money came to light last month when an official of Vanuatu prime minister’s office was questioned by Copenhagen police while attending the climate change summit, the New Zealand radio reported.

He had exchanged the money in Vanuatu shortly before departing for Denmark.

The unit’s team leader, Wilson Abiut, says it’s waiting for the extradition of the Bulgarian man who’s been arrested in New Caledonia.

Wilson Abiut says New Caledonian police found fake euro notes in his possession when they made the arrest.

The man's identity has not been disclosed.