Shell Bulgaria Chair Kamelia Slaveykova: We Have Stood by Bulgaria despite All Challenges 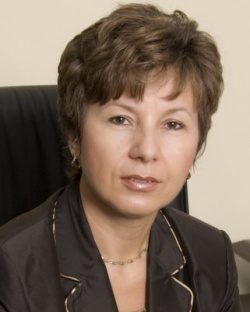 The Netherlands has been the second largest foreign investor in Bulgaria since 1996. What portion of the total Dutch investments in Bulgaria is Shell responsible for?

What differentiates Shell from the rest of the Dutch investors in Bulgaria is that it entered the country shortly after the democratic changes in 1991 and since then it has continued its activities in the country despite the challenges Bulgaria faced throughout the years. Even during the hard economic crisis and the fuel market collapse in 1997, Shell was one of the few international companies, which did not relinquish Bulgaria. 1998 was the peak of Shell’s investments in the country when it became the Investor of the Year. Since then Shell has continued to expand its retail business, but nowadays the focus is not on the pace of its investment. It is rather on improving the operational performance of the business and the products and services offered to the Bulgarian customers.

How has Shell’s business activity expanded in Bulgaria over the years, i.e. since 1991? What are the trends in the annual turnover and profit / loss for Shell in Bulgaria?

As a subsidiary of the Global company Royal Dutch Shell Plc, Shell Bulgaria underwent some changes which enabled the company to focus its resources on its core and most profitable business. Some of these changes were linked to implementation of a new business model in the Lubricants business through creation of a strategic alliance with a national macro distributor, which represents Shell’s lubricants business in Bulgaria. Other changes led to divestment of Shell Gas (LPG) business as part of a bigger deal in Europe. Despite all that the company’s turnover and operating profit have been growing steadily over the years representing the Retail and Commercial Road Transport business.

Shell has business operations and investments all over the world. How does the company see the business environment in Bulgaria in comparison to other countries? What challenges has it faced in Bulgaria? Are there any government measures that you think might be needed for boosting the investor environment?

Bulgaria is still in a process of harmonization of its legislation with the EU and has made considerable progress in this direction. Unfortunately there are still areas in which the local legislation is not in line with the EU practice, which creates serious problems for the correct and loyal players on the market and directly affects the considerations for future investments in the country.

The industry actively participates in dialogue with the respective authorities making a lot of proposals for the creation of a modern legislation in line with the best practice in the EU and protecting the interests of the society, but unfortunately the results are not very encouraging.

A recent example is the latest changes in the Excise Duties and Tax Warehouse Act. They lead to introduction of administrative and bureaucratic barriers associated with additional costs for business without contributing to a better and more effective control by the customs administration.

Our concerns are related to the introduction of additional requirements for a registered trader of excise goods and in particular the requirement for mandatory discharge of excise goods only in the premises, mentioned in the license or registration certificate. In our view the changes in the Excise Duties and Tax Warehouses Act seriously undermine the principles of free and fair competition and free movement of goods within the EU.

How has Shell been affected by the economic crisis in Bulgaria?

The economic crisis that began in the banking and insurance sector as we all know, quickly transferred to other industries. One of the main victims was the transport sector and specifically commercial transport. With the development of the crisis, the import and export sector in Bulgaria declined considerably, which is reflected in export and import shipments.

Shell is traditionally strong in commercial transport fuel sales and with the euroShell card service we have a very good view of what is happening. We can say that the impact of economic crisis and the reduction of fuel consumption was felt most strongly by the commercial road transport sector.

In the last year the financial crunch had an effect on our turnover, profitability and receivables. Shell has been flexible enough in adapting to respond to the new economic environment by focusing on high risks and strengthening related controls and by seeking ways to be more attractive to customers. This became possible by offering a high level of service and new customer propositions.

How competitive is the Bulgarian market for Shell? What does your company do to fend off competitors?

The fuel market in Bulgaria is fully liberalized and highly competitive with several big players operating in it. This is in the interest of the end consumers and supports competition among the market players.

Shell’s competitive advantage worldwide is its leadership in fuel technology and in Bulgaria we are trying to benefit the most out of it by offering unique fuel formulations to our customers at competitive prices.

One of the examples to illustrate this is that all Shell fuels in Bulgaria contain specially developed additive packages that considerably improve the quality of the fuels and as a consequence – the efficiency of the engine. It is also combined with stringent fuel quality control performed by the company in the interest of the customers.

Shell recently started the ‘I love my car’ initiative in Bulgaria. What does this involve and how does it aim to help Bulgarian drivers?

The ‘I love my car’ initiative is a unique one that has been launched by Shell in Bulgaria following a comprehensive national market survey on driver’s attitudes towards the care for their cars. It aims to support Bulgarian drivers in providing better care for the health of their car by provision of practical advice to the drivers, access to professional consultancy and a range of additional benefits for them.

We believe that through the initiative we will be able to make the drivers better understand that fuel and lubricants are crucial for the health of their car’s engine. Selecting high quality fuels and lubricants will help extend the engine’s life and improve its performance. It is important for customers to know how to distinguish good from bad quality fuels and to consider only fuel providers who have stringend system for fuel quality control and are able to offer additivated fuels for both conventional and specially differentiated fuels like Shell does which are preventing formation of deposits and are cleaning the engine.

With the support of our partner in this initiative Bosch Car Services we are trying to pass the message to the customers that the best care for the health of a car should be in the hands of professionals.

A range of informational materials were developed to raise the awareness of the Bulgarian drivers about the importance of the care for the health of the car and how best to protect the car’s heart – its engine. Topical website is under development to support the initiative www.azobichamkolatasi.com, where drivers would be able to benefit from on-line advice and consultancy from technical expert from BOSCH car services and would enjoy information and tips on engine’s health and the role of high quality fuels.

Shell has received widespread criticism in the past for being one of the major companies that does not care for the environment worldwide? How does Shell Bulgaria care for the local flora and fauna?

Environmental protection is important element of Shell’s policy for health, safety and environmental care. We were the first energy company to have a Biodiversity Standard, which mandates us to consider biodiversity issues in all our activities, respect the concept of protected areas and work with others to maintain ecosystems.

We are working with over 100 different organizations worldwide in projects on biodiversity conservation, science, education and awareness and capacity-building aimed at strengthening biodiversity conservation. Through partnerships we work as well with local communities and scientific experts on projects and issues associated with proposed or existing operations in or near environmentally sensitive areas.

Shell’s business practice in Bulgaria highlights that when constructing its Retail sites, Shell makes significant investments in facilities to protect the environment according to the European standards.

We have been the first company in Bulgaria that has started to build retail sites with double-skinned tanks to considerably reduce the risks of fuel spills and contamination of the environment.

Is Shell Bulgaria involved in a tangible way in the company’s global efforts to combat climate change? Does Shell plan to invest in renewable energy sources in Bulgaria?

Shell undertook a strategy to investigate a range of alternative energy and CO2 technologies and thus to support the global efforts in combating climate change. We continue with our aim over the long term of developing one material alternative energy business. The one that makes the most sense for Shell - that is closest to our core business - is biofuels.

We are already a leader in fuels and a major biofuels distributor worldwide and therefore it's an area where we believe we can add value and focusing on it appears to make the most sense going forward. The company is a strong supporter and invests significant amount of money in demonstration projects of the so called second generation biofuels which are produced from non-edible feedstock and are much more friendly to society and the environment. Unfortunately most of the developments are still in an experimental stage, so it is too early to talk about actual investments in production installations.

Though the Bulgarian government has mandated the sale of biofuels, more steps are needed to enable a smooth introduction of biofuels into the Bulgarian market. This is mainly due to the fact that the Law on Renewables and alternative energy sources and bio-fuels is not aligned with the existing situation in the country regarding the production and distribution of the bio-fuels.

Initially the previous government introduced unrealistically high requirements for introduction of bio-component for diesel and gasoline. Recently amendments to the law passed through second reading in the Parliamentary Commission include much more realistic schedule for gradual increase of the bio-component content in the diesel fuels, but still envisage unworkable time schedule for introduction of bio-ethanol content in gasoline.

In our view bio-component blending should become obligatory only after certification of at least three laboratories for the quality control of bio-fuels. In this aspect there is still a space for further improvement in the biofuels regulation which would enable smooth introduction of biofuels on the Bulgarian fuel market.

What are Shell Bulgaria’s views on the South Stream and Nabucco gas pipeline projects and the effect they will have on the industry in Bulgaria?

There are many new pipeline projects under consideration to bring new supplies into Europe. Which projects would be realized and the timing of such is a matter of supply, demand and economical and legal considerations.

We believe that various routes and pipelines to market are possible. We do not participate in any of the projects mentioned, and therefore consider it inappropriate to express a view on the specific economic benefits to Bulgaria.