Bulgarian "World Is Big" Makes Cut for the Oscars 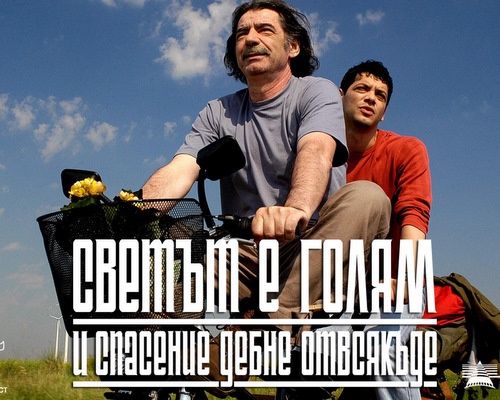 Nine films, including "The World Is Big and Salvation Lurks Around the Corner" from Bulgaria, have made it to the next lap in the race for the best foreign-language film Oscar.

Sixty-five countries submitted movies for Oscar consideration, and on Wednesday that list was winnowed down to nine.

The shortlist was determined by a committee of several hundred Los Angeles-based member of the Academy, who screened the eligible films beginning in October. The group's top six choices, augmented by three additional selections voted by the Academy's foreign-language film award executive committee, constitute the shortlist.

In the voting process' second phase, specially invited committees in New York and Los Angeles will view three films each day from Jan. 29-31 and cast their ballots.

Five films will be nominated, and those choices will be announced Feb. 2.

"World" has turned out to be an unexpected charmer as Bulgaria is not known for its impressive cinematic output. Director Stephan Komandarev adapted the film from a novel by Ilija Trojanow that was inspired by the author's real-life experiences.

The engaging intergenerational tale has box office appeal, but it needs an Oscar win or at least a nomination to secure a distributor.