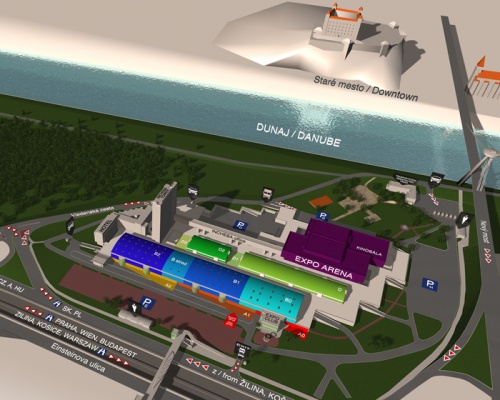 Bulgaria will promote the country as a year-round destination at the forthcoming tourist exhibition in Bratislava, Slovakia. Photo by incheba.sk

Bulgaria will present its national pavilion at the ITF "Slovakiatour" International Tourism Exhibition and Fair 2010, where the country will promote itself as a destination for year-round tourism in Slovakia.

ITF Slovakia Tour is the most important tourist trade event in Slovakia and one of the most prestigious events of its kind in Europe. This year, it will take place between January 21 – 24 in Bratislava.

The majority of Slovak tourists to Bulgaria have traditionally visited the Black Sea resorts. The first nine months of 2009, however, registered a drop of 47% in numbers year-on-year.

Ivo Marinov, Deputy Minister of Economy, Energy and Tourism will attend the opening of the Bulgarian stand.

During his stay in Slovakia, Marinov will meet with Pavol Krištof, Slovakia's Deputy Minister of Economy, to discuss new opportunities for enhancing cooperation in economy, energy and trade between the two countries.

Despite traditionally good relationships, Slovak imports to Bulgaria decreased during the first half of 2009 due to global economic crisis.