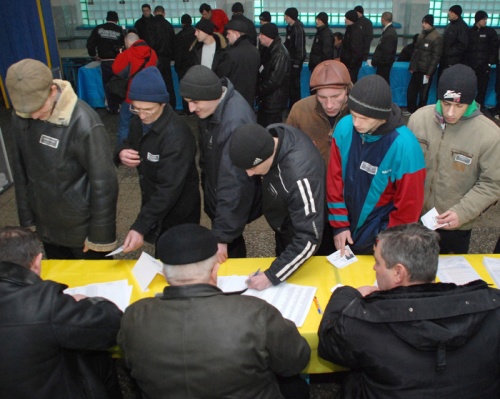 An exit poll places Viktor Yanukovich, the pro-Russian candidate, in the lead in Ukraine's presidential election on Sunday. Photo by BGNES

Viktor Yanukovich, generally known as a pro-Russian candidate, is in the lead in Ukraine’s Presidential Elections taking place Sunday, according to an exit poll carried out by the Russian news agency Interfax.

The poll results show that 36,1% of the Ukrainian voters have backed Yanukovich, who was defeated by incumbent Viktor Yushchenko in the same elections five years ago in the so called “Orange Revolution.”

Ukrainian Prime Minister Yuliya Tymoshenko is second with 20,7% of the votes, according to Interfax, Sergei Tigipko is third with 14,9%.

Incumbent President Viktor Yushchenko has received the support of some 6,1% of the respondents in the exit poll.