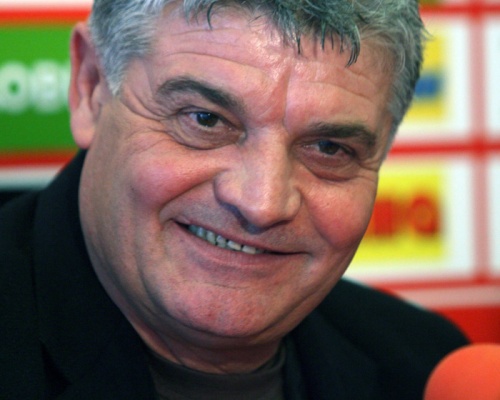 "It's a big honor for me," Andone stated at a news conference held at CSKA's Bulgarska Armiya stadium on Sunday.

"I know a lot about CSKA, they're really a big club. We've talked about CSKA's ambitions and I agreed with them," he said.

"Our main target will be to win the league title and play in the Champions League next season," Andone announced. "It's achievable and I hope that soon top clubs will come to play at this stadium."

Andone, 49, was sacked by United Arab Emirates champions Al Ahli six games into the season in November, but has now signed an 18-month contract with the 31-times Bulgarian champions.

As a former Dinamo Bucharest coach Andone, capped 55 times by his country, guided Romania's oldest club CFR Cluj to the domestic double in 2008.

He replaces Luboslav Penev, who had resigned as coach on Wednesday, after failing to give a guarantee that he could take CSKA to the league title.

CSKA were at one time close to signing Miodrag Jesic but the deal fell through as the Serbian coach could not terminate his contract with Libyan league leaders Al-Ittihad.

The Sofia club, who have changed their coach nearly 30 times in 20 seasons, went into the winter break second in the league standings with 31 points, four behind Litex Lovech.