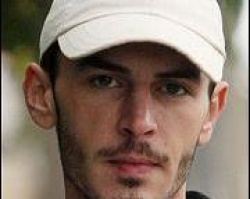 From The Sun newspaper

The gay model present at the death of Stephen Gately has admitted having a two-year relationship with the Boyzone singer.

Student Georgi Dochev, 25, had claimed he met the star and his partner Andy Cowles, 32, at a club that night.

But Dochev yesterday admitted: "This is not true. We met more than two years before that night."

Dochev told a radio station in his native Bulgaria that the three met regularly.

Asked what went on during the dates, he replied: "Well, we didn't go fishing or go to the library. I did it with both of them."

Dochev said: "Stephen was very drunk. When he fell asleep on the sofa in a weird position, it did not seem strange to me.

"In the morning I noticed spots on his legs. I thought it was a kind of skin disease."