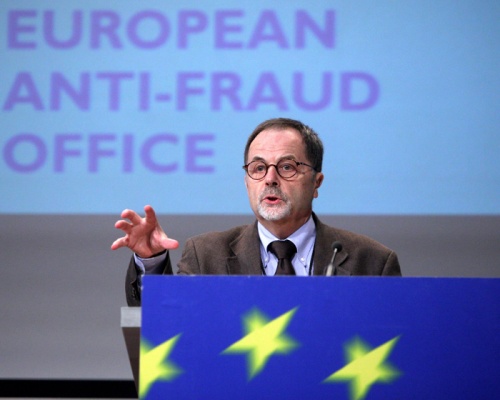 The Director-General of OLAF, German national Franz-Hermann Bruner, has dies after a long illness. Photo by BGNES

The Director-General of the European Anti-Fraud office (OLAF), Franz-Hermann Bruner, has died over the weekend, following a long illness.

"The European Commission reported with great sadness the death of Franz-Hermann Bruner," spokesperson Pia Ahrenkilde has announced on Monday.

European Commission President Jose Manuel Barroso and EU Anti-Fraud Commissioner Siim Kallas "express their wholehearted tribute to the commitment and energetic contribution of Mr. Bruner in the fight against fraud and corruption," she added.

"The death of Mr. Bruner is a heavy blow against combating corruption in the EU," commented the German MEP Ingeborg Gresle, a member of the budget committee in the EU Parliament.

64-year-old Bruner had been OLAF's Director since its creation in 1999. He was re-elected to the post in 2006 for a five year term. Before that, he was a prosecutor in Munich, responsible for combating organized crime, fraud and corruption.