Blizzard Blamed for 18 Deaths in US 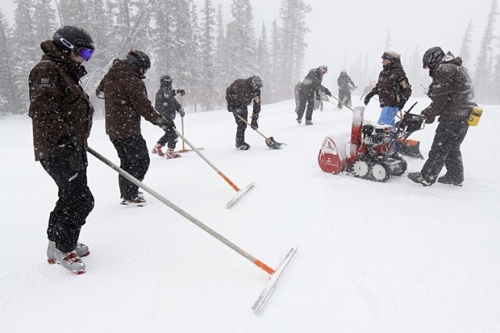 Up to 2ft (60cm) of snow was possible in some areas of the central US by Christmas Day. Photo by BGNES

A huge winter storm has gripped the central US, triggering mayhem on roads and airport during the busiest winter travel time.

The US weather service said the storm was spanning two-thirds of the country and authorities advise people to stay home for their safety.

Icy roads have caused at least 18 deaths, many of them in Nebraska and Kansas. More than 20 vehicles were involved in a pile-up on Interstate 40 in Midwest City, Oklahoma.

Hundreds of flights have been canceled and scores of churches called off Christmas Eve and Christmas Day services.