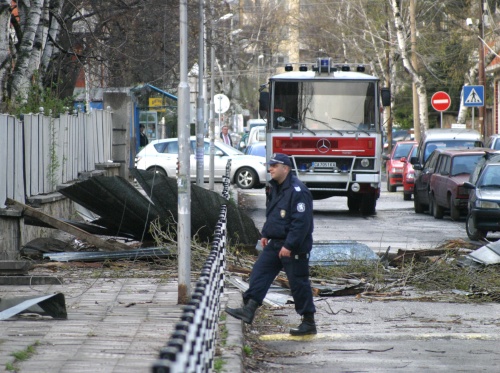 The City Hall emergency team reports that there are no injured people, just material damage over fallen trees.

A tree fell at the road exit towards the city of Montana. The Civil Defense employees are working to remove it, but traffic had not been stopped.

Trees have fallen in downtown as well, while the winds have blown parts of roofs and have broken Christmas lights and decorations. Some areas of downtown have lost power.

The Civil Defense warns about danger from flying objects and broken power lines. All passing through the city Friday are advised to use extreme caution.